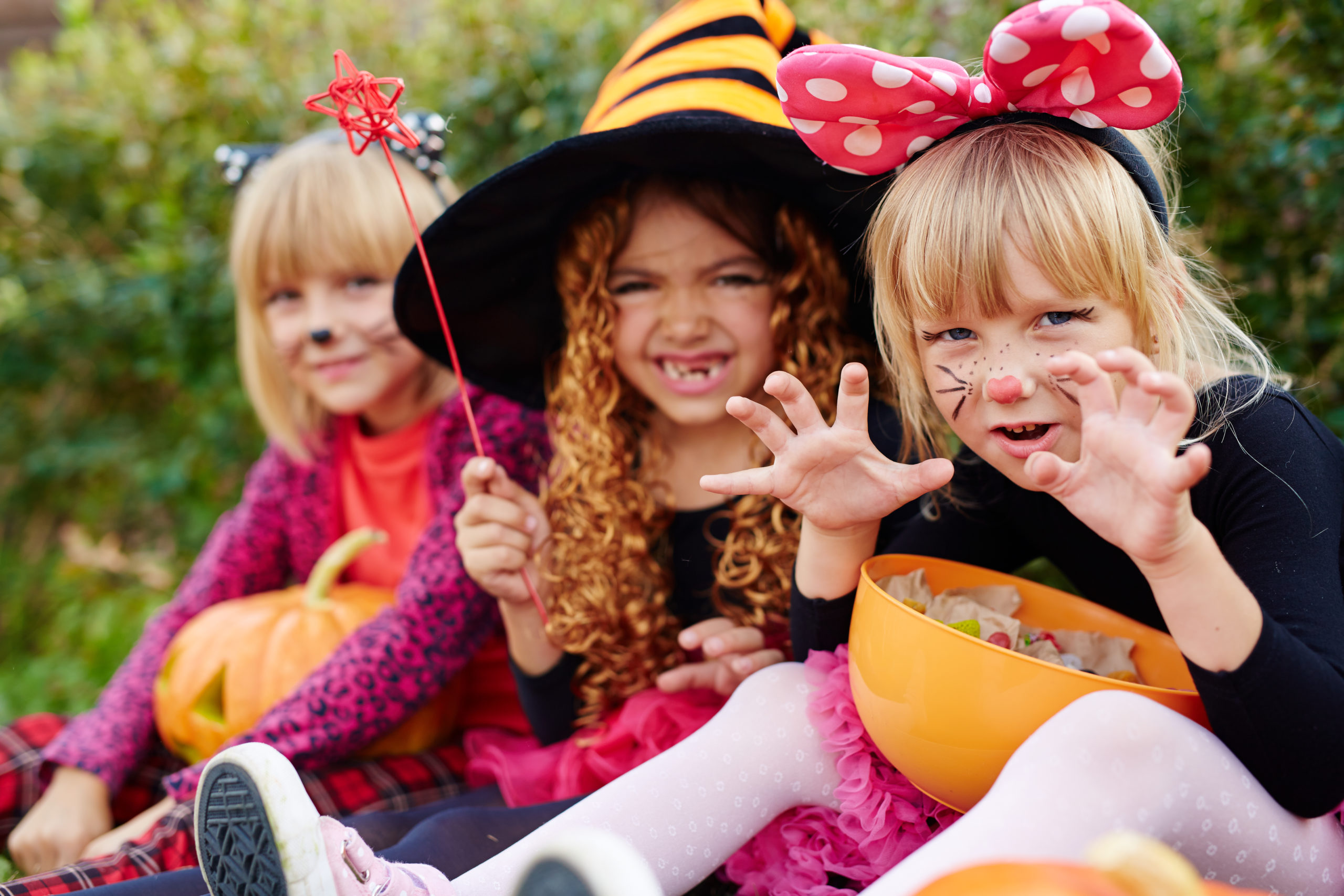 Katie Loh is one of our clinical interns and is a family coach with Christian family Care. In this Family Care Learning podcast episode, Katie speaks with Haley Morte, one of our child and family therapists and also a family coach about ways for parents to handle children with trauma during the holidays. Haley has also grown her family through fostering and adoption.

Why do my child’s behaviors increase from October through February?

With the holiday season upon us, Haley says she always likes to tell parents she works with, whether it’s in the counseling environment or in the family coaching that our kids are just about two months into school, and for a lot of them who have experienced trauma, school is not the easiest thing for them. This can be because due to moving from placement to placement and not having enough consistencies in their life and with school. There are a number of things that could have happened, even socially with school that are just difficult for some of our kiddos.

On top of this big transition for kiddos, Haley says this time of year is also when parent-teacher conferences happen and midterm grades come out so it can be a really difficult season for kids.

“And then right after that, we go straight into the holidays,” she said.

“What we often see is that a lot of parents start reporting or saying, expressing concerns that their kiddos seem to have an increase in behaviors or maybe behaviors that they haven’t seen in a couple of months and now they’re asking, ‘Why is this? Why is my kid starting to have more angry outbursts? Why is my kid starting to get bad reports from school?’ I think it’s just important that we encourage parents that this is something we see consistently with the kiddos that we work with,” she shared. It’s a pattern she says she notices in her therapy sessions especially during the holidays.

Haley says she helps families by offering to help them do their detective work in order to help their child.

Detective work can come in the form of asking questions and taking notice of certain behaviors.

“Is their body starting to remember and pick up on the fact that this time of year is rough for me, and then also with that, how do we help our kids navigate maybe the half of the year that they don’t like as much and how do we offer grace to our kids?” she said. “How do we help name this for our kids? How do we support them in this season of yuckiness?” she added.

For a lot of people the holiday season is a really fun time of year, but for some of our kids, it just isn’t.

What are some signs my child is grieving during the holiday season?

Two common things that we often see from our kids is that they either have a hyper response or a hypo response.

With a hyper response, Haley says we start seeing an increase in behaviors. Maybe they’re even aggressive with some people or with items. Some of our kids destroy things in their angry outbursts.

With a hypo response, we start seeing our kids start to isolate themselves a little bit. Maybe they seem a little bit more depressed, maybe their appetite and their sleeping habits change and they just seem to be shutting down a little bit more.

As fall and Halloween decorations start going up, Haley says for some kiddos with trauma this can be scary for them and even trigger them. It can cause kids to go back to a memory when they were younger that could trigger a trauma response. It could seem as if this response is coming out of nowhere but actually it comes from a prior experience.

“I think we have to remember for those who have foster kiddos or adoptive kiddos, that those kiddos are missing the bio family,” she said. “They’re longing to be with their family and so we are going into this holiday season and while there might be fun traditions and maybe they’ve even been in your home for a long time, but there’s still that longing and that missing for that bio family and the memories that they made with them,” she explained.

As parents, we really need to identify this and help our kids as they navigate this. “It might be hard as a parent to go back and sit in that grief with our kiddos, but it’s so important for them,” she said. That is a loss for them. “It’s another holiday season that they’re not going to be with that bio family and how can we acknowledge that? How can we embrace maybe some traditions that they did with their family and really honor that for them?” she said. “I think that’s something that if parents can start having these conversations now, I think it could be really beneficial for the kiddos.”

It’s hard for kids to communicate how they’re feeling and sometimes their needs come out in behaviors. “We have to remind ourselves about that as parents that they are just expressing a need.”

If we do see our kiddos having a change in demeanor this season, identify what the need is there. Is it the grief? Is it the longing for their parents? Is it just the need for somebody to say, ‘Hey, I know there’s some really fun things about this season, but I know it’s also really hard and it’s okay to be sad. It’s okay to one minute, feel really happy that you get to go trick or treating and that we’re going to have Thanksgiving and Christmas coming up, but it is also okay to just have some days that you feel yucky and you’re sad and you don’t want to participate in those things.’ Haley says communicating these words with your kiddos can build a connection and be a huge blessing to them.

What are some signs my child is experiencing sensory overload?

Haley shared a story where one of her own kiddos experienced a major meltdown after an evening going to look at Christmas lights. This experience for the child caused a sensory overload. “We could not get her to calm down for hours and looking back we had her in a car with a bunch of people, there was probably loud Christmas music playing, there are people walking outside of our car, there are bright Christmas lights, there are those giant inflatables everywhere and she probably had a major sensory overload,” Haley shared.

What do we do if we have kiddos that experience a sensory overload during the holidays? “I think it’s really important that we make their world smaller,” Haley said. “What I mean by that is maybe we don’t require those kids to go to some of those traditions,” she said. Maybe there are some things that are just going to be overwhelming for them so maybe we do something else as a family, or go earlier in the year when less lights are up, or have less people in the car or go at a time when less people would be out looking at lights.

Some signs that a child is experiencing sensory overload are:

“I do think a lot of times we get so caught up in wanting to make this a great experience for my kiddo; they seem like they’re struggling so let’s just add something more that would make this holiday season memorable for them and I think there’s good intention in that, but I think a lot of times we need to recognize that for a lot of our kids this is not helpful for them,” Haley said. “What I mean by that is it might be overwhelming, it might be making them feel like we are not trying to address the issue, or make them happy through happy memories or events.”

Haley says some kids might want you to acknowledge and accept where they’re at.

“I think for a lot of the kids in our home that are feeling overwhelmed, it’s giving them some healthy control and helping them feel like they have some voice and they have some say and things that might make them feel a little bit safer or more comfortable in that season,” she said. For some of our kids that might even be going back and saying, ‘Let’s talk about when you were with your mom and dad and what were some things that you guys did during the Christmas season or the holiday season?’

We want kids to feel like they have some say, some traditions that maybe are important to them and then for some kids, they might not want that. That might be too hard for them and not forcing it on them. It really is detective work. “When we do the detective work where we are constantly willing to work with our child to do whatever we can to help investigate, help determine what they need in that moment, knowing that today it might be this and tomorrow it might be something else, but I’m willing to sit in that with you, even in the days that they are feeling joyous about what’s going on and also in the days that they are grieving, even if they don’t know that they’re grieving, wanting to sit in that with them,” Haley explained.

Haley encourages parents that it’s not natural to do the detective work. Some days it is a choice.

“Hear me say that it’s not easy, but I think it is rewarding when we are able to have these sweet moments with our kiddo and just even see; I know as a parent, there have been times where I can just tell my child is struggling and we just talk about it, we identify it, and even just to see them take a deep breath, sometimes that’s rewarding as a parent to go and see that they feel heard,” Haley said.

How do I make the holiday season enjoyable for my child?

“I would always just say to lower the bar and to have grace,” she said.

Sometimes as parents we forget that our kiddos do not always use their words all the time. It’s behaviors that often express their needs and emotions.

“My sister-in-law actually lost her grandfather last year and they were very close and he passed away right before the holidays and I remember at Christmas she brought chocolate covered cherries because that was something that she used to eat with him every year on Christmas and she said, ‘I’m bringing these because I want to honor him this Christmas,’ and as adults with her, it was easy to say, ‘yes, absolutely, let’s talk about him, let’s talk about your memories, let’s talk about your traditions, but that is an adult using their words, telling us I need this in this moment,” Haley said.

Kids on the other hand, are not able to express their needs as well as adults can. Maybe as parents, we start to see that our kid is starting to get dysregulated and in these moments to remind yourself that this is their way of using their words. This is a behavior that is their way of trying to communicate that there is something going on and they have a need.

As parents, if we can be willing, even if we don’t understand what it is to at least have grace, that this is a hard season for my kid, and allow there to be space for more behaviors.

“While it might be hard and difficult, know that that is their only way to express to you that they’re struggling, so go and sit in that with them, have grace and willingness to say, ‘I understand, buddy, I understand,'” Haley said.

A Service of Christian Family Care